News Release:  Quinte Health Care Board of Directors for 2020/21

Belleville –  Quinte Health Care (QHC) is pleased to announce the Board of Directors for 2020/21.  QHC welcomes two new distinguished members to the Board – Andrew Fleming and Gary Hannaford.   Both Mr. Fleming and Mr. Hannaford bring a plethora of experience and expertise to the Board.

Quinte Health Care is governed by a 16-person Board of Directors, made up of 12 volunteer elected Directors and four ex-officio positions.  As exemplified in the biographies below, this year’s elected Directors are skilled, experienced and committed members of our community and are abundantly qualified to provide the essential leadership, stewardship and oversight to Quinte Health Care.

About the elected members of the Quinte Health Care Board of Directors for 2020/21 (listed in alphabetical order):

Nancy Evans has more than 20 years’ experience in communications, marketing, stakeholder relations, and strategy in private and public sector settings and in consulting and in-house roles. She is currently the Executive Director, Marketing and Communications at the Smith School of Business, Queen’s University. Nancy has worked with market-leading organizations and their senior executives to enhance reputation, build brand, advance leadership positions and manage issues. She holds the Chartered Director designation and has held a number of board positions including with a large hospital in the Greater Toronto Area.

Andrew Fleming has recently retired from an over 40 year career as a lawyer with Norton Rose Fulbright Canada LLP and predecessor firms both in Canada and the UK with extensive experience in business law, including company, securities and banking law. He has participated in all aspects of company law, including advising on general corporate matters relating to governance and structure in both the for-profit and not-for-profit sectors. Mr. Fleming has served on numerous industry and government committees dealing with securities and corporate law matters in Canada including the Committee on Corporate Disclosure of the Toronto Stock Exchange. His practice also included arbitration of commercial matters under the auspices of the ICC Court of Arbitration.  For the last 25 years of his career he also actively participated in the management of the firm including as a member of the executive committee of the firm and as Managing Partner of the Toronto office.  Outside of his professional career he has served on several charitable/not-for-profit boards including the Board of Governors of Shaw Festival Canada, the Board of Directors of Metropolitan Community Church (MCC) of Toronto, the Advisory Board of Ryerson Theatre School and the Board of Directors of McMichael Canadian Art Foundation.

Gary Hannaford retired in June 2016. He spent most of his career in leadership positions in the regulation of professional accountants in Ontario and Manitoba. This includes 21 years as the CEO with the Institute of Chartered Accountants of Manitoba and more recently with CPA Manitoba following the merger of the three accounting bodies in Manitoba in 2015. He served 6 years as a member of the International Ethics Standards Board for Accountants which is responsible for setting ethics standards for the accounting profession on a global basis.  Currently, he is a member of the Auditing and Assurance Standards Oversight Council, which provides oversight of the standard setting process for audit and assurance standards in Canada.  He is also a member of the Governance Board of Bridge Street United Church and is Chair of its Strategic Planning Committee.  He resides in Belleville.

Patrick Johnston spent most of his career in Canada’s charitable and philanthropic sector. He served as CEO of a number of charitable organizations including the Walter and Duncan Gordon Foundation, the Canadian Centre for Philanthropy (now Imagine Canada) and the National Anti-Poverty Organization.  Mr. Johnston was previously a senior policy advisor to a provincial Premier as well as a federal Cabinet Minister.   His governance experience includes many non-profit Boards including the United Way/Centraide Canada, Canada World Youth and Canada Helps.  In recognition of his contributions, he was appointed to the Order of Canada in 2014 by Governor General David Johnston.  Mr. Johnston lives in Tyendinaga Township.

John Kearns is a retired partner with Ernst & Young (EY). His practice involved financial audits of private sector and not-for-profit organizations and later focused on IT risk management, providing assistance to organizations in internal controls, information privacy and information security. In recognition of distinguished service, Mr. Kearns was elected as a Fellow (FCA) of the Ontario Institute of Chartered Accountants. Upon retirement, he was engaged for several years as a senior advisor to the Ontario Securities Commission.  He is a Chartered Professional Accountant, holds an MBA from the University of Toronto and is a Certified Management Consultant (CMC). Mr. Kearns lives in Prince Edward County.

Tamara Kleinschmidt is Executive Director of the Trenton Military Family Resource Centre. In 1984 Tamara met her husband Peter who was a Member of the Canadian Forces (CF) beginning her path as a military spouse.  While Tamara’s husband was a CF Member her family experienced the privilege of living across Canada and beyond.  Over a twenty-seven year span her family lived in seven Canadian cities as well as the United Kingdom, finally arriving in Belleville in 2005.  During this period of time she completed a Bachelor of Arts Degree, Political Science, from the Royal Military College of Canada. Tamara’s education formed the strong foundation for her involvement with a number of non-profit organizations and association with Military Family Services and the Department of National Defence. Tamara has focused her professional energies on strengthening non-profit organizations in distress and building their capacity to meet their potential focused on the needs of the communities they serve. Tamara has served on the Loyalist College Board of Governors and is currently a member of the Minister of Veterans Affairs Advisory on Families.

Mr. MacKinnon has extensive health care governance experience, including Chair of West Park Healthcare Centre; member of the governing council of the Ontario College of Physicians and Surgeons; Director of the Standards Council of Canada; and Director of the Canadian Standards Association. Mr. MacKinnon served as President and CEO of the Ontario Hospital Association from 1996 to 2003 and was previously President of Ortech Corporation, a contract research organization, and President and CEO of Ontario Development Corporation. Mr. MacKinnon holds a Bachelor of Arts degree (honours economics) from Dalhousie University and an MBA from York University. Mr. MacKinnon and his wife Betsy live in Wellington, Prince Edward County.

Lisa O’Toole was born and raised in Belleville and has returned to the Quinte area after a successful 32-year executive career in financial services while living in Toronto and Calgary. Lisa specialized in the securities and wealth management industries, holding senior roles in strategic development, change leadership, financial management, sales leadership and risk assessment/management. She holds a Commerce degree from Queen's University, the FCSI designation (Fellow of the Canadian Securities Institute) and has completed executive education programs at Queen’s, Western and Wharton. Ms. O’Toole is an experienced Board member having served two charitable organizations for over 12 years including several years as Chair. Lisa and her husband Gerry reside in Prince Edward County.

Peggy Payne has 33 years’ experience in education, mainly with the Toronto District School Board but also in England and Australia. She has worked as a teacher, a Special Education Consultant, Vice Principal and Principal. She holds a Bachelor of Science degree from the University of Toronto and a Masters of Education from the Ontario Institute of Studies in Education. Her governance experience includes 5 years with the Prince Edward County Memorial Hospital Auxiliary, serving as President and Past President and 2 years on the Board of the PECMH Foundation. Peggy and her husband live in Picton and are involved in volunteer work in the county.

Mr. Rae is a licensed paralegal with the Law Society of Ontario. Mr. Rae hold a Bachelor’s degree from Carleton University in Law. He has worked within the legal field in both private practice and in the public sector, currently with the County of Hastings Provincial Offences Court. As an active community volunteer Mr. Rae has served on numerous local Boards and Committees, including; Quinte Economic Development Commission (QEDC), Chair. Belleville General Hospital Foundation, Chair of the marketing committee, Belleville Planning Advisory Committee, Loyalist College Advisory Board, and many more. Mr. Rae and his family live in Belleville.

Christian Sauvageau is passionate about the quality of care in Quinte Region. He is a resident of Prince Edward County.  In 2014, Mr. Sauvageau founded a medical device company and a consulting firm where he advises several medical technology companies. Prior to 2014, Mr. Sauvageau was Vice President of the Customer Innovation business unit at Merck Canada Ltd where he introduced innovative products and practices and contributed to international strategies.  Mr. Sauvageau graduated with a B.Sc.(Biochemistry) from University Laval in Quebec, Canada and was an Officer of the Canadian Armed Forces.   Christian is an experienced Board member having served on two not-for-profit organizations over 4 years each, as well as a management representative on multiple corporate Boards. He is currently active as the owner of a business consulting company and CEO of a medical device international start-up.  His 32 years of experience in the health care industry, involved interacting with hundreds of doctors, nurses, and various other health care professionals in both primary and specialty care. He has been instrumental in launching major initiatives in multiple disease areas in addition to leading successful corporate transformation activities. 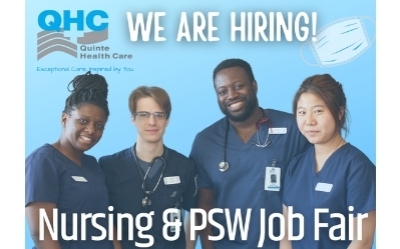 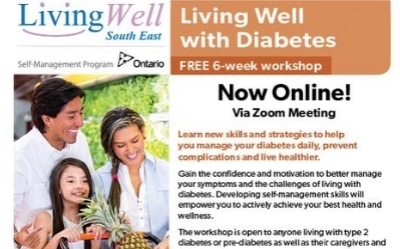 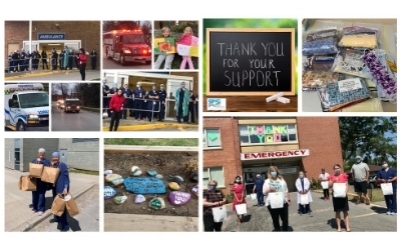 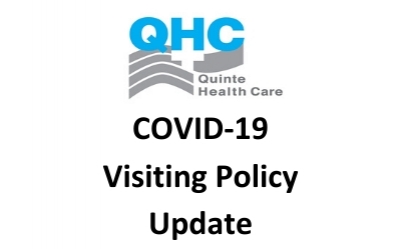 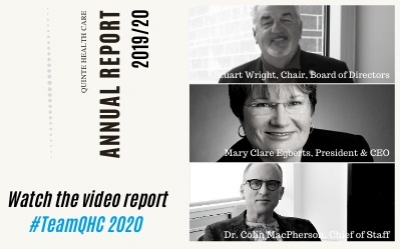 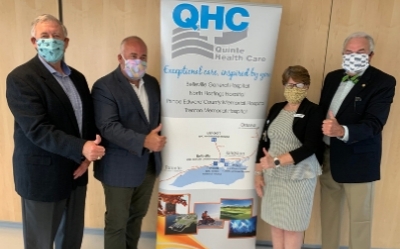 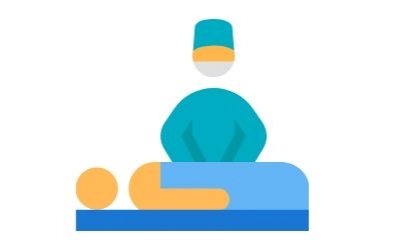 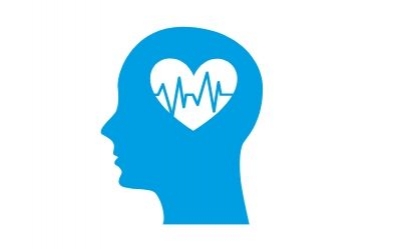